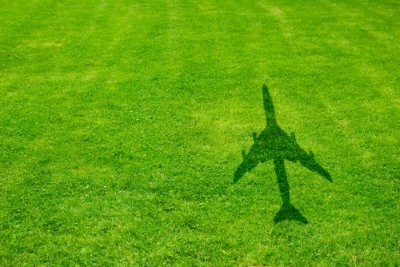 Environment: What is CORSIA and how will it work?

As forecasted air traffic experiences continues to grow by 5 per cent annually, international aviation fuel consumption is estimated to grow 2.8 to 3.9 times over the levels seen in 2010, by 2040. 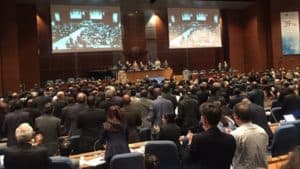 The Assembly Resolution points to the global MBM scheme in the form of the Carbon Offsetting and Reduction Scheme for International Aviation (CORSIA) to address any annual increase in total CO2 emissions from international civil aviation (i.e. civil aviation flights that depart in one country and arrive in a different country) above the 2020 levels, taking into account special circumstances and respective capabilities.

The average level of CO2 emissions from international aviation covered by the scheme between 2019 and 2020 represents the basis for carbon-neutral growth from 2020, against which emissions in future years are compared. In any year from 2021 when international aviation CO2 emissions covered by the scheme exceed the average baseline emissions of 2019 and 2020, this difference represents the sector’s offsetting requirements for that year.

States that voluntarily decide to participate the CORSIA may join the scheme from the beginning of a given year and should notify ICAO of their decision to join by June 30 the preceding year.

Once participation of States and routes covered by the CORSIA are defined in a given year from 2021, and offsetting requirements in the given year (i.e. increased emissions beyond the average baseline emissions of 2019 and 2020) are set, the requirements are distributed among aircraft operators participating in the scheme, as per the formula in the Assembly Resolution.

It is important to note that, regardless of the phased implementation or exemptions under the CORSIA, all States with aircraft operators undertaking international flights are requested to compile and transmit aggregated emissions information of their operators to ICAO, as part of the activities included in the States’ implementation of a monitoring, reporting and verification (MRV) system.

A call for long-term aviation emissions target, CORSIA support, and a new CAEP…