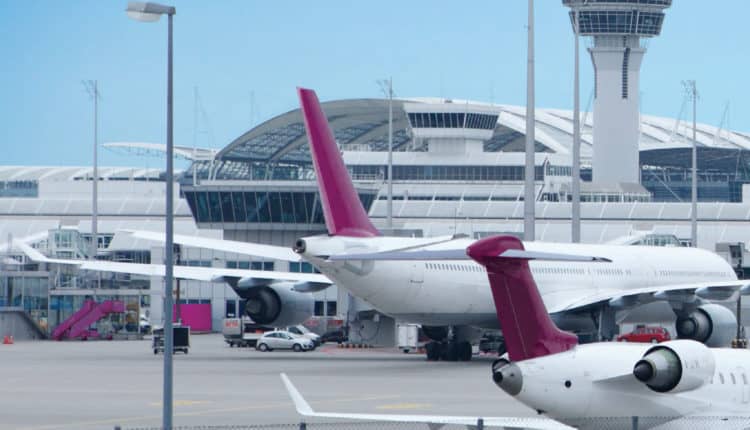 Aviation is one of the most “global” industries: connecting people, cultures and businesses across continents. Colleagues throughout the sector are committed to raising awareness of the benefits and the role of aviation. It is necessary for all stakeholders and partners to work together to maximize the benefits of air transport, and to support the sustainable growth of aviation by connecting more people and more places, more often.

Aviation has continued to expand. It has weathered crises and demonstrated long-term resilience, becoming an indispensable means of transport. Historically, air transport has doubled in size every 15 years and has grown faster than most other industries. In 2016, airlines worldwide carried around 3.8 billion passengers annually with 7.1 trillion revenue passenger kilometres (RPKs). Fifty three million tonnes of freight were transported by air, reaching 205 billion freight tonne kilometres (FTKs). Every day, around 100,000 flights transport over 10 million passengers and around USD18 billion worth of goods. 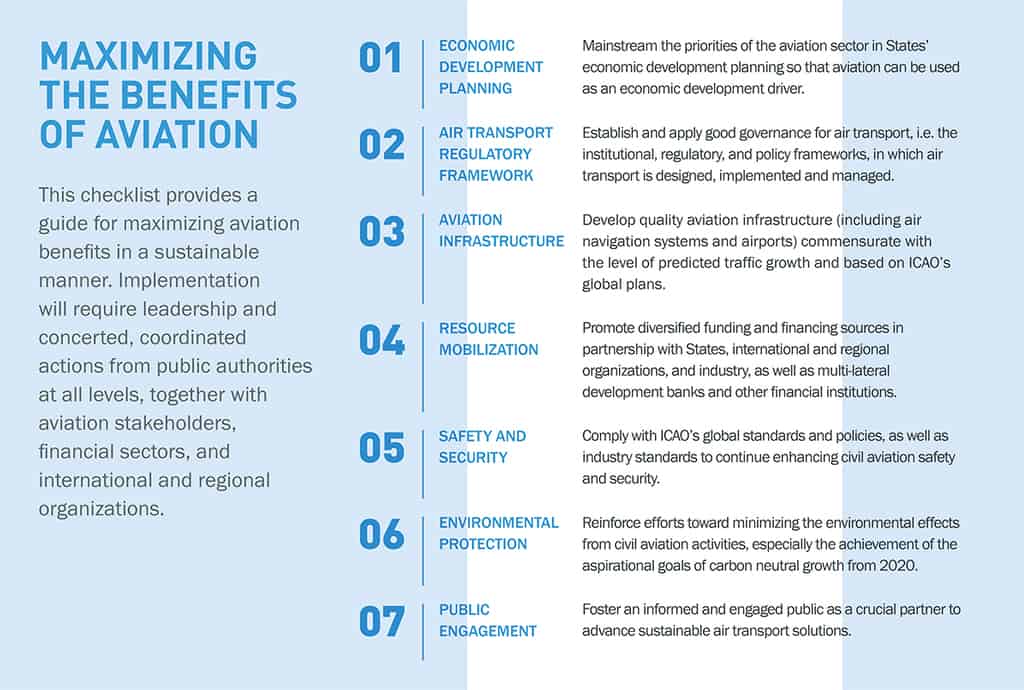 These estimates do not include other economic benefits of aviation, such as the jobs or economic activity that occur when companies or industries exist because air travel makes them possible, the intrinsic value that the speed and connectivity of air travel provides, or domestic tourism and trade. Including these would increase the employment and global economic impact numbers several-fold. 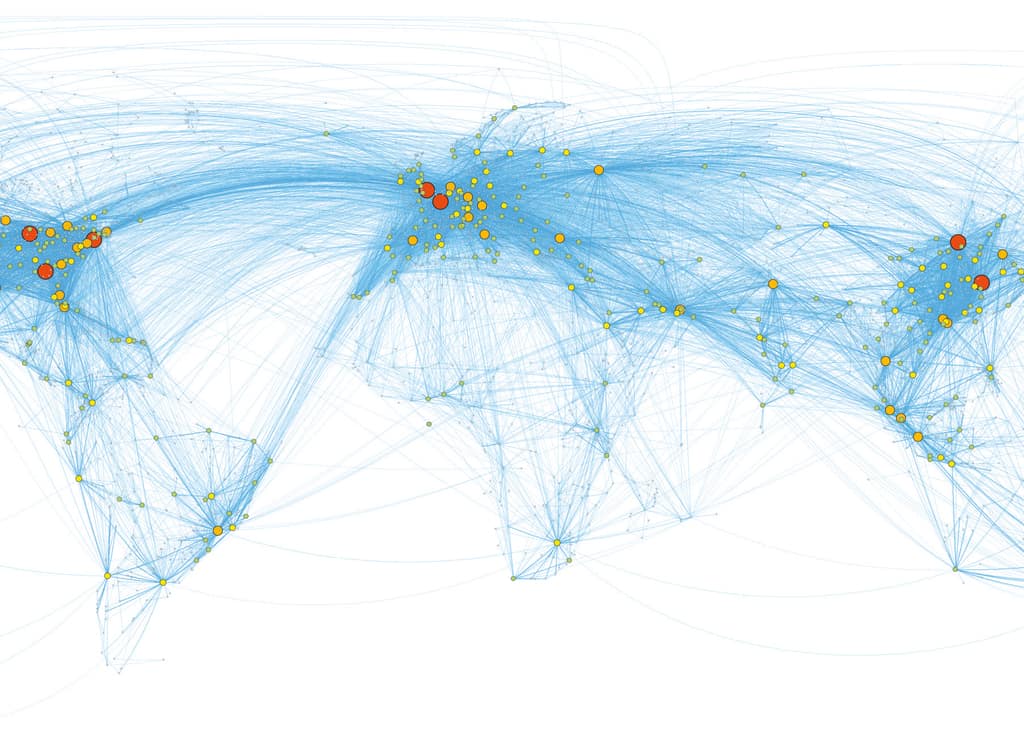 One of the industries that relies most heavily on aviation is tourism. By facilitating tourism, air transport helps generate economic growth and alleviate poverty. Currently, approximately 1.2 billion tourists are crossing borders every year, over half of whom travelled to their destinations by air. In 2014, aviation supported over 36 million jobs within the tourism sector, contributing roughly USD892 billion a year to global GDP.

Air transport is a driver of global trade and e-commerce, allowing globalization of production. The small volumes of air cargo amount to big values in world trade. In 2014, USD6.4 trillion worth of goods were transported internationally by air, representing 35 percent of world trade by value, despite representing only 0.5 percent by volume. Aviation’s advantage over other modes of transport in terms of speed and reliability has contributed to the market for “same-day” and “next-day” delivery services and transportation of urgent or time-sensitive goods.

Some 87 percent of business-to-consumer (B2C) e-commerce parcels are currently carried by air. The e-commerce share of scheduled international mail tonne kilometres (MTKs) grew from 16 percent to 83 percent between 2010 and 2016 and is estimated to grow to 91 percent by 2025. 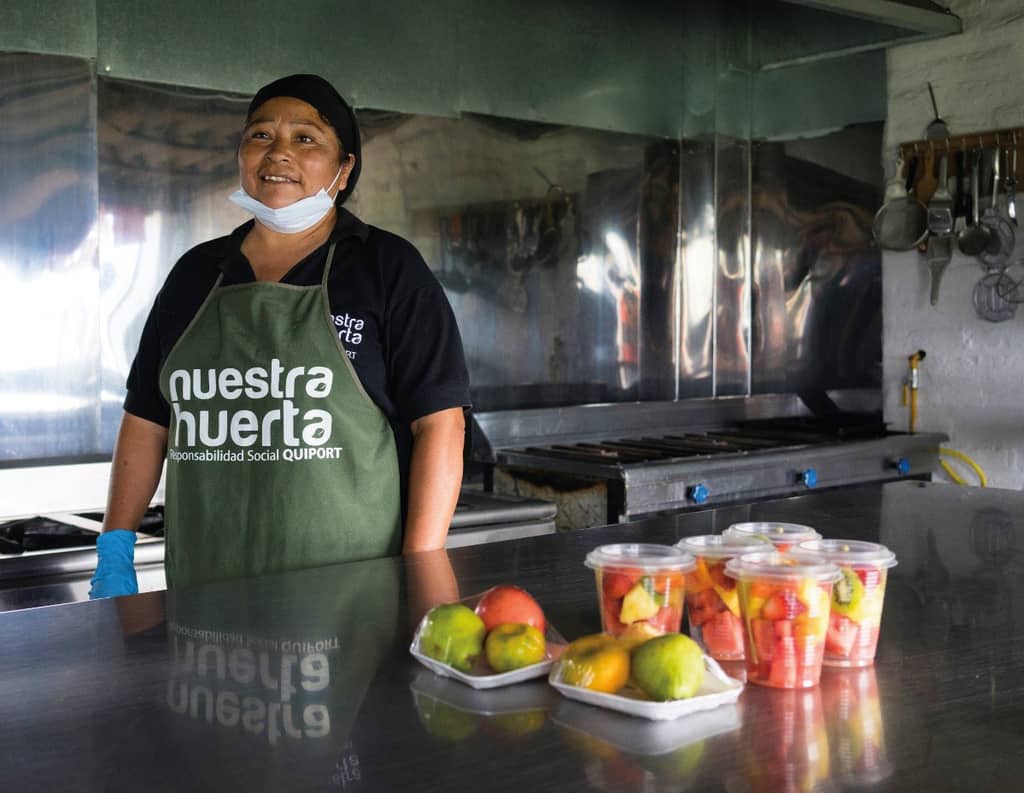 The Caribbean region is heavily reliant on tourism for its economic health. In many markets such as Cuba, Guyana, Martinique, Saint Lucia, Trinidad and Tobago, and Dominican Republic, more than 90 percent of tourists arrive by air. In 2014, aviation supported US$27 billion in tourist spending across the region, of which US$24.3 billion was leisure tourism and US$2.7 billion was business tourism. This amount would be sufficient to cover public spending on healthcare and education in the region combined. Source: IATA 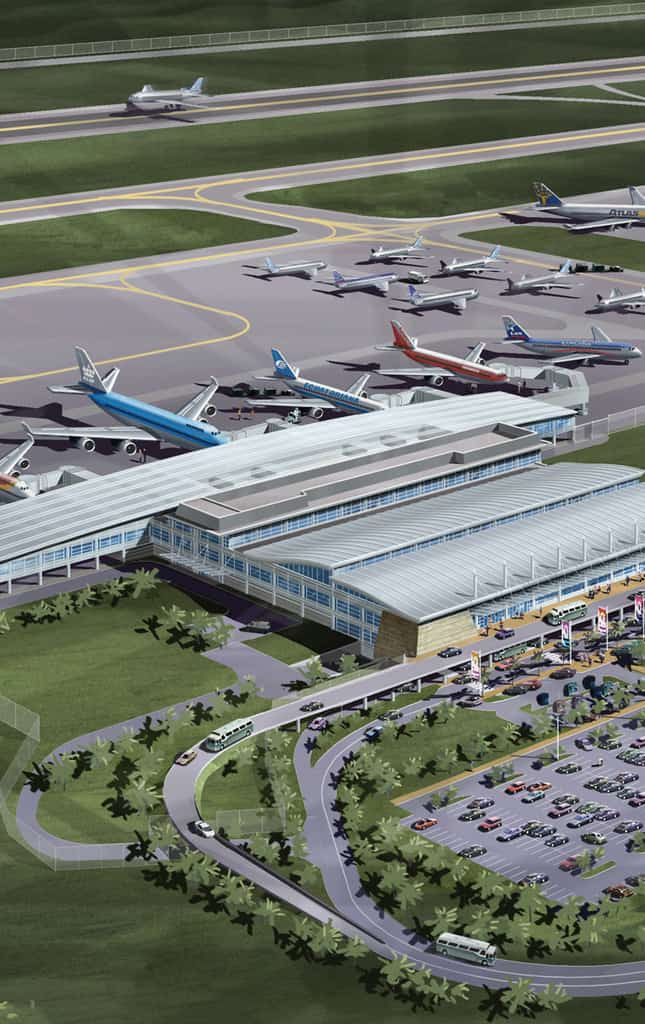 “Nuestra Huerta” (Our Garden) is a programme initiated by Mariscal Sucre International Airport, Quito, Ecuador, which aims to integrate the area’s small agricultural producers in a chain of virtual community commercialization. Currently, 16 producers and their families, residing in parishes around the airport, are participating in Our Garden. Airport employees consume local products of Our Garden: fruits, dairy products, vegetables, bread, desserts, cooked grains, and prepared food.

The programme involves training for producers in areas such as sound agricultural and manufacturing practices, industrial safety, social responsibility, entrepreneurship and innovation, accounting management, and customer service. With the technical and financial advice of the Inter-American Development Bank, the airport has started to turn Our Garden into a shared value programme. Source: Quiport

The Industry High-Level Group (IHLG), established in 2013, is an initiative of the International Civil Aviation Organization (ICAO) Secretary General, bringing together the heads of four industry organizations: the Airports Council International (ACI), the Civil Air Navigation Services Organisation (CANSO), the International Air Transport Association (IATA) and the International Coordinating Council of Aerospace Industries Associations (ICCAIA). The IHLG is an informal group which considers matters of global significance to international civil aviation that can be better addressed in a collaborative arrangement between States and the industry rather than working individually on such matters.

The IHLG organizations have collaborated to provide a comprehensive view of the importance of aviation on supporting the global economy and generating social benefits through the prism of sustainable air transport solutions.

You can read the complete 68-page document, Aviation Benefits 2017, here.

ICAO, IMO, WHO and UNWTO call for urgent actions to help the aviation and tourism…