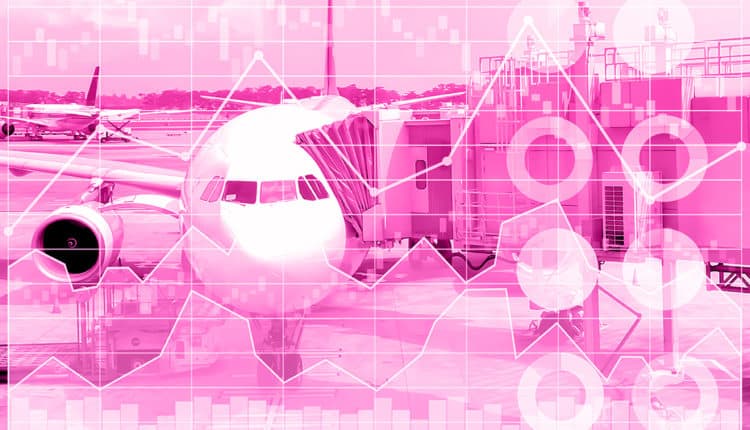 World Results and Analyses for August 2019

World passenger traffic grew by +3.8% YoY in August 2019, +0.2 percentage point higher than the growth in the previous month. Performance by region was a mix, with Europe and Latin America/Caribbean posting improvements while Asia/Pacific, the Middle East and North America trending downward and Africa remained unchanged. Asia/Pacific continued to be the fastest-growing region albeit with slight slowdown, followed by Africa. China remained as the strongest growing domestic market, followed by the Russian Federation.

Capacity worldwide increased by +3.5% YoY in August 2019, +0.3 percentage point higher than the growth in the previous month (+3.2%). According to the airline schedules, capacity expansion is expected to slow down slightly to +3.1% in September 2019.

The passenger Load Factor reached 85.7% in August 2019, the same as the previous month. It was the highest LF recorded in the last twelve months. As traffic growth outpaced the capacity expansion, the August LF was +0.4 percentage point higher compared to the rate in the same period of 2018.

World freight traffic reported a decline of -3.9% YoY in August 2019, -0.7 percentage point lower than the growth in the previous month. Freight traffic has been impacted by the sluggish global trade and softening economic conditions in some key markets. On the positive side, Africa continued to expand solidly despite a slowdown, supported by the strengthening in trade between Africa and Asia/Pacific. For the fourth consecutive month, the Middle East experienced the slowest growth, followed by Asia/Pacific. Accounting for over one third of the world freight traffic, Asia/Pacific was the main contributor to the overall decline. 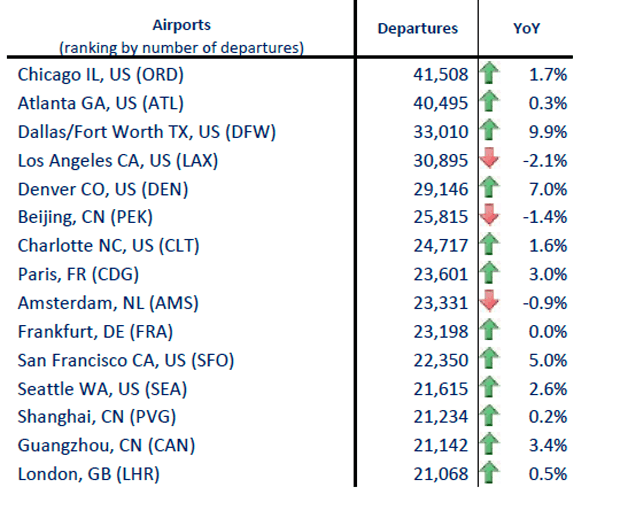 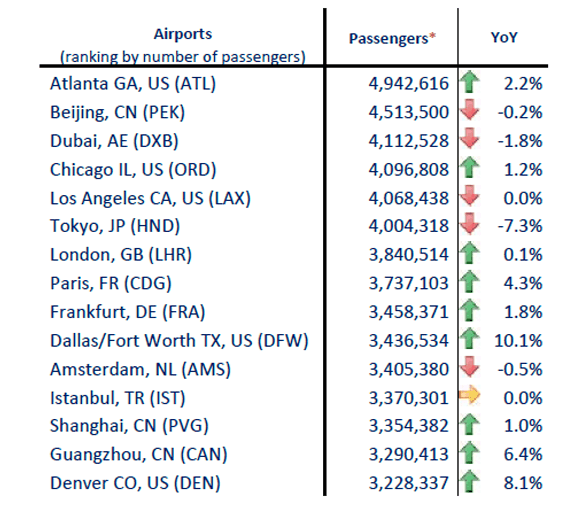 In terms of passengers, the Top 15 airports reported a growth of +1.3% YoY. Nine out of the Top 15 airports posted YoY increases. Atlanta remained at 1st with a growth of +2.2%, followed by Beijing and Dubai, albeit with declines. The most significant increase was recorded by Dallas/Fort Worth at +10.1%. Tokyo continued to post decreases and further contracted by -7.3%. 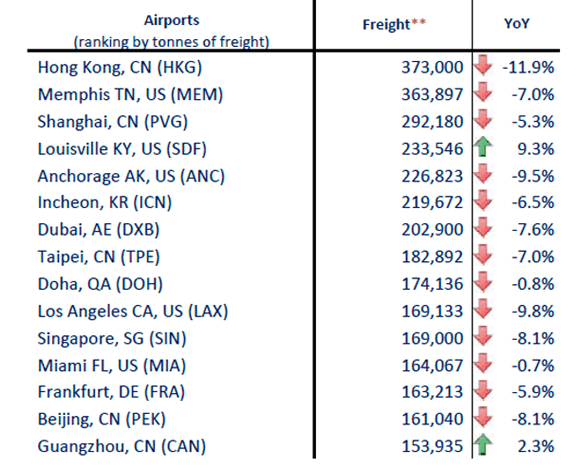 In terms of freight, the Top 15 airports reported a decline of -5.8% YoY. All the Top 15 airports posted declines, except for Louisiville and Guangzhou. The most significant decrease was posted by Hong Kong at -11.9%, followed by Los Angeles (-9.8%) and Anchorage (-9.5%). Owing to the strengthening of its hub position of UPS, Louisville continued to record strong growth at +9.3%. 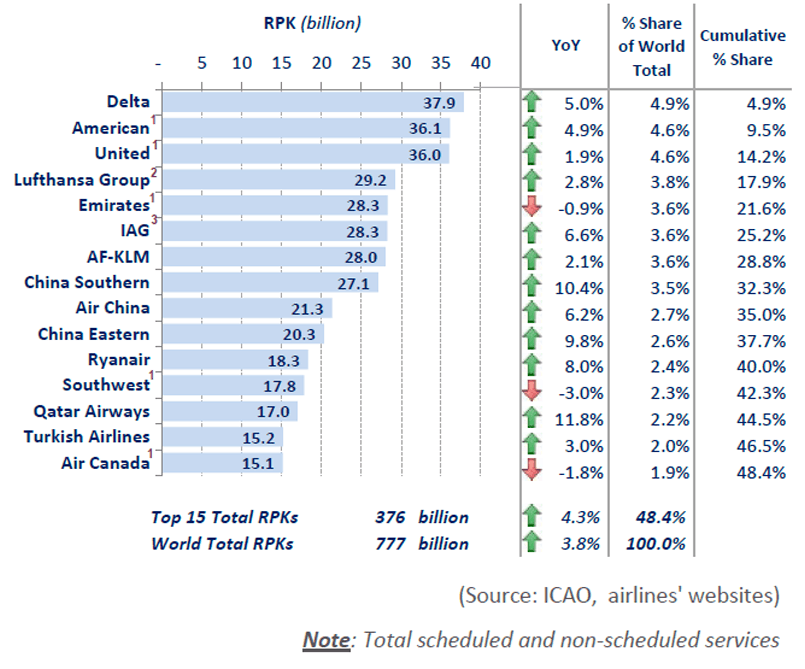 Delta remained at 1st with solid growth of +5.0%. Followed were American and United, growing at +4.9% and +1.9%, respectively. Southwest continued to post a decline and was 2 positions down to 12th. Air Canada remained at 15th, albeit with a negative growth of -1.8%.

Despite a decline of -0.9% YoY, Emirates remained at 5th. The other carrier in the region, Qatar Airways, recorded the fastest growth among the Top 15 with an increase of +11.8%, and maintained its position at 13th.

China Southern and China Eastern recorded the second and third strongest growth at +10.4% and +9.8%, respectively. The former remained at 8th while the latter improved 1 position to 10th. Air China grew solidly at +6.2% and maintained its 9th position.

Worldwide capacity expanded by +3.5% YoY in August 2019. All regions posted acceleration in capacity expansion, except for Latin America/Caribbean, which slowed down slightly and became the slowest growing region. Africa remained the fastest expanding region in terms of capacity, followed by Asia/Pacific.

The YTD capacity expansion was at +4.0%, with Europe being the fastest-growing region.

ICAO, IMO, WHO and UNWTO call for urgent actions to help the aviation and tourism…