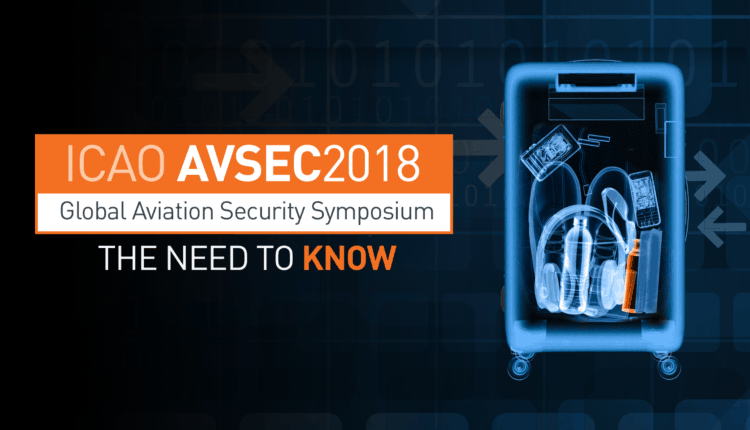 With 107 nations and over 700 delegates attending, the AVSEC Symposium coordinated multilateral strategic progress with an emphasis on the need to develop a global vision and a comprehensive strategy to safeguard our skies against all acts of unlawful interference. The AVSEC week was concluded with the Second High-level Conference on Aviation Security (HLCAS/2), from 29 to 30 November 2018.

ICAO President Dr. Olumuyiwa Benard Aliu opened the important two-day conference that paved the way to the 40th Assembly planned for fall of 2019.

The conference brought together senior government officials and invited representatives of international and regional organizations and other invited aviation stakeholders to formulate recommendations on key aviation security priorities and issues. The Conference also considered progress on the implementation of the Global Aviation Security Plan (GASeP) and potential adjustments to the Plan based on the outcomes of the regional aviation security conferences organized in 2017-2018.

These recommendations will be submitted for approval to the Council for subsequent endorsement by the 40th Session of the Assembly in 2019.

Captain Sameh Elhefny, President of the Egyptian Civil Aviation Authority received a thank you letter from ICAO Secretary General Dr. Fang Liu for his contribution during the High-level Conference on Aviation Security HLCAS/2.

The report Captain Elhefny presented on the outcomes of the regional conference in Egypt was of great value to Conference participants, which included 540 delegates from I07 States and 22 international organizations, and provided an insightful outlook on aviation security and the status of regional efforts in aviation security. This, without question, contributed to making the Conference a great success.

Following their presentation of a working paper entitled “Sharing of Aviation Security Information Between States” at the Second High-level Conference on Aviation Security (HLCAS/2-WP/2), Egypt, Jordan, Oman, Saudi Arabia, Sudan and the United Arab Emirates signed a Letter of Intent (LoI) in this regard. It is a precursor to the subsequent signing of a Memorandum of Understanding (MoU) on the topic.