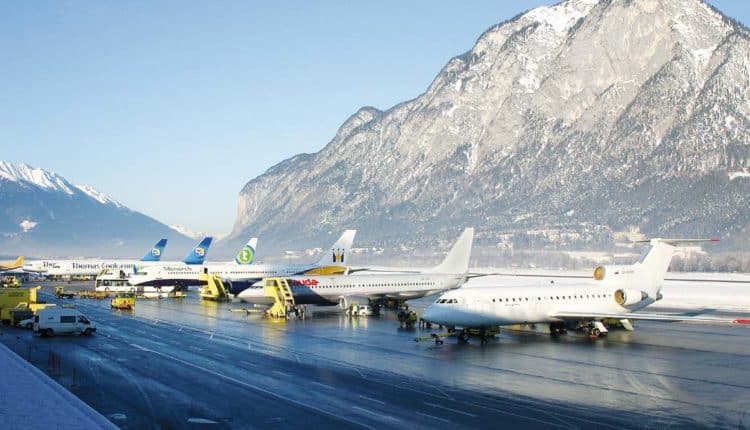 This article has been jointly written by the Federal Ministry in the Republic of Austria, responsible for Transport, Innovation and Technology and Austro Control

For many years, Austria has successfully supported and contributed to ICAO technical assistance programmes. We actively engage in different initiatives, programmes and projects that focus on assistance and capacity building.

In past years, the Austrian Ministry for Transport, Innovation and Technology offered its expertise in Twinning programmes and internships, the TAIEX programme, in several SAFA-Exchange programmes and in Security training. We have nearly 10-years experience in SAFA-Exchange and on-the-job training with several beneficiary States. We conducted a two-years Twinning programme with Georgia from 2015-2017 and we engaged in a fellowship programme for government officials in 2016.

A major part of the technical assistance programmes are realized in fruitful cooperation between the Austrian Civil Aviation Authority and Austro Control as an Air Navigation Service Provider or project partner.

Last year Austria contributed to the ICAO No Country Left Behind (NCLB) initiative. This initiative, in our point of view, does an excellent job of highlighting ICAO’s efforts to assist States in implementing ICAO Standards and Recommended Practices (SARPs). The main goal of this work, as stated by ICAO, is to help ensure that SARP implementation is better harmonized globally so that all States have access to the significant socio-economic benefits of safe and reliable air transport. To this goal, Austria seeks to contribute with its technical assistance support.

In 2017 Austria supported the ICAO NCLB PANS-OPS Oversight Project for the improvement of oversight in States. In July 2017 a three-day workshop was organized and took place in the Ministry for Transport, Innovation and Technology in Vienna. We gave input and civil aviation oversight insight on the field of PANS-OPS in Austria. There has been valuable expert exchange and knowledge sharing with the beneficiaries and participants from Azerbaijan, Belarus, Georgia, Kazakhstan, Kyrgyzstan, Moldova, Russia, Ukraine and Uzbekistan. We also supported a further respective three-day workshop in October 2017 in Paris for participants of Algeria, Morocco and Tunisia.

We have discovered through these experiences that the contribution to technical assistance programmes benefits not only the receiving States, but they also provide States, through intensive experience sharing, knowledge and personal exchanges with other countries. It is because of the success and positive feedback that more workshops and further activities will be conducted in the future.

ICAO activities in cooperation with the Austrian Ministry for Transport, Innovation and Technologie and Austro Control

Austro Control shared their experiences as the project partner on the 2017 workshop, to give greater insight:

The training course, which was held in the summer of 2017, focused primarily on PBN concepts, nomenclature and procedure types, as well as the regulatory framework for PBN operation. It was held by the head of Austro Control’s Instrument Flight Procedure Design (IFP) department, Dr Daniel Schaad, and Ilkka Laine, who works as a senior certifying expert for simulators and aviation training organizations (ATOs) at Austro Control‘s regulatory body AOT. The curriculum was well received by the participants since it provided a solid background in PBN, and interactively included various concepts of PBN oversight as practised by different States. Moreover, the instructors made sure that they captured a variety of individual knowledge levels in PBN and brought the whole group to an even level to ensure the training course was worthwhile for everyone. Finally, the inclusion of concrete examples from Austria’s award-winning oversight system gave a best practice reference for other States to follow.

It shall be stressed that apart from PBN training in the oversight domain, Austro Control offers a proven and highly regarded portfolio of PBN related products ranging from procedure design and validation to training and implementation, as well as conceptual and project-related consultancy in PBN roll-out and individual airspace optimization.

The product portfolio of the Austro Control Instrument Flight Procedures (IFP) Team ranges from approved conventional approaches to complex satellite-based procedures which will allow further improvement of approach minima using a SBAS or GBAS Augmentation. Due to the terrain critical location of Austria, Austro Control has been able to gather considerable knowhow especially in the field of RNP Approaches. The experts of Austro Control rank among the pioneers of the so called RNP Authorization Required (AR) Approaches which have already been launched at Innsbruck Airport in 2005 thus initiating the age of curved high precision approaches.

In line with numerous projects in Austria and abroad, the IFP Team is supporting the implementation of the most up-to-date approach procedures for both scheduled and charter air traffic, as well as all involved aircraft with their respective NAV equipment. Also, at smaller airports with less NAV infrastructure and in order to enhance the safety of General Aviation, the Austro Control IFP Team may implement state-of-the-art SBAS approaches which are highly esteemed due to their high procedure precision (incl. vertical guidance) despite the relatively low requirements concerning the aircraft equipment – which contribute considerably to the accessibility of smaller airports and to flight safety in general.

By close interchange between Air Traffic Controllers and all relevant divisions of flight safety, the IFP Team of Austro Control today has gained a systemic view of Air Traffic Management and can offer customized and individually optimized IFP design solutions. Please take advantage of our expertise!

The benefits of advanced procedure design are: