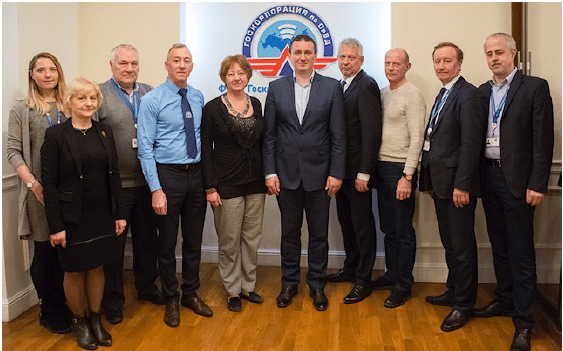 Furthermore, one airline provided simulated re-route information using Controller-Pilot Data Link Communications (CPDLC) via High Frequency (HF), which was successfully communicated with ACC Magadan. Another airline successfully simulated an emergency diversion to Petropavlovsk-Kamchatsky, which was accepted by ACC Petropavlovsk-Kamchatsky noting that it would have taken approximately one hour to manage the stop over (e.g. refuel and departure coordination). Air Traffic Flow Management (ATFM) measures were successfully practiced in that MATMC sent a test Aeronautical Information Management (AIM) message to ACC Magadan containing a list of flights that were likely to be affected if Magadan were to set the capacity to 0. A delayed departure was also simulated to alleviate air traffic in some of the Magadan sectors. Volcanic Ash Advisory Center (VAAC) handovers from Tokyo to Anchorage to Washington were successfully conducted. Lastly, a test special air-report on volcanic ash from one airline to ACC Petropavlovsk-Kamchatsky via HF was received and sent to MWO Yelizova for dissemination via AFTN allowing this message to be available on Secure Aviation Data Information Service (SADIS).

More details will be provided at the VOLKAM18 debrief meeting that will be held in Paris on 22 May 2018. Recommendations developed at the debrief meeting will be considered when developing VOLKAM19 objectives at the EUR (EAST) VOLCEX/SG/13 meeting in Magadan from 7 to 9 August 2018.