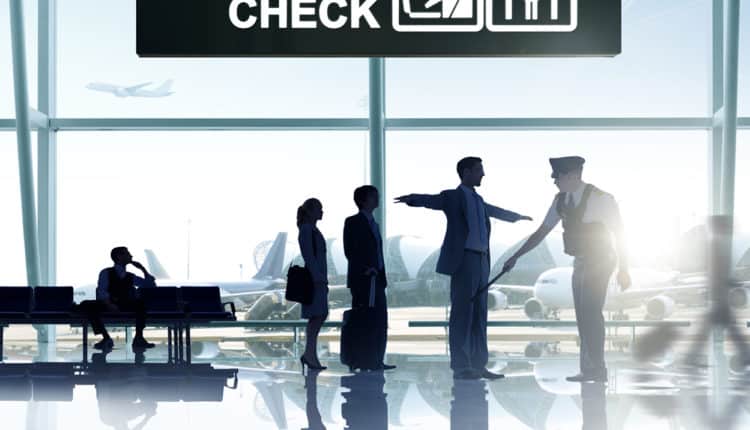 In the wake of the decision of the ICAO 39th Assembly to take global ICAO work on aviation security to the next level, the Global Aviation Security Plan (GASeP) was developed and approved by the Council of ICAO in November 2017.

Following this approval, a series of regional conferences were conducted to raise awareness and develop regional roadmaps that were tailored to the needs of each ICAO Region.

The Regional Conference for the EUR/NAT Regions was convened on 29 to 31 May 2018 in Lisbon, Portugal; constituting the major aviation security meeting of the year for the entire Region. 218 participants representing States, various regional organizations and the industry, attended the event.

The conference was opened with speeches by the ICAO Secretary General, Dr. Fang Liu, the Minister for Planning and Infrastructure of Portugal, Mr. Pedro Marques, the Chairman of the Portuguese Civil Aviation Authority, Mr. Luis Ribeiro, the Chairman of the ICAO Unlawful Interference Committee, Ambassador Philippe Bertoux and the Regional Director, European and North Atlantic Office, Mr. Luis Fonseca de Almeida. The three-day event was chaired by the EUR/NAT AVSEC Group (ENAVSECG) Chairpersons team, each day by one of the three chairpersons.

The Conference programme encompassed a whole range of topics related to the GASeP such as the aviation security outcomes of the 39th session of the ICAO Assembly and the global priorities set for the triennium, which were developed taking into consideration the current picture of aviation security globally, including new and emerging threats, the rapid growth of passenger traffic and the objectives outlined in the UN Security Resolution 2309 (2016). Aviation security challenges in the region and regional initiatives that would strengthen the aviation security system were discussed. The Conference aimed to raise awareness among the Aviation Security Community on the strategical way forward, driven by the GASeP, and by the respective regional roadmap developed, discussed and finally agreed upon.

The third and final day of the Conference was solely dedicated to discussions and approval of the Regional Roadmap which shall now serve as the guideline for States, Organizations, industry and ICAO for the effective and efficient implementation of the GASeP in the EUR/NAT Regions. Two documents were jointly endorsed: the EUR/NAT Regional Roadmap and the Conference Declaration. Both are available on the ICAO EUR/NAT official website in the ICAO languages spoken in the Region, namely, English, French, Spanish, Arabic and Russian.

The Roadmap was created as a “living” document aligned with the GASeP. It will serve as the basis for the work to be conducted by all stakeholders in a coordinated and cooperative manner. The preamble of the document clearly identifies the leading role of the ICAO EUR/NAT Regional Office through ENAVSECG in coordinating the efforts of all players in cooperation with regional groups.

For more information on the five key priorities, please refer to the GASEP website here.

The Regional Roadmap also reflects the specific situation in the EUR/NAT Regions, taking into account its diversity and complexity with regard to the geographical dimension and the political structure.

In addition, the Conference Declaration underlined the commitment of all entities to implement the Regional Roadmap. It reaffirms as well the need to enhance the effective implementation of ICAO Standards and Recommended Practices to address global aviation security matters from a regional perspective and to commit to working together towards the common goal of achieving the five key priority outcomes indicated in the GASeP and the regional roadmap in compliance with UN Security resolution 2309 (2016).

One of the next steps to be undertaken is to further define the role of the ENAVSECG. The ENVASECG should serve as a coordination platform to develop effective, efficient and flexible mechanisms to implement all priority actions and achieve fulfilment of the priority outcomes. States, Regional Organizations and industry are welcome to propose initiatives and tools for a harmonized, coordinated and cooperative implementation of the priority actions during the next meeting of the ENAVSECG to be conducted from 4-6 June 2019. To date, a working paper proposing a concrete initiative on coordination and monitoring of capacity building activities via ENAVSECG has already been developed by three States and was presented at the High-Level Conference on Aviation Security that took place from 29-30 November 2018 in Montreal, Canada.

The annual regional Seminar for Eastern Europe, Central Asia and Balkan States conducted from 12 to 14 September 2018 in Skopje, the fYROM, would need to be highlighted as well. The objective of this regional seminar was to work with participating States to support them in identifying the concrete actions needed to achieve the objectives of the GASeP.

A number of States presented their approach and efforts undertaken towards the development of national initiatives and plans to implement the Regional Roadmap. Furthermore, a full day of the seminar was dedicated to new ICAO guidance documents on Landside Security; Chemical, Biological and Radiological Incidents; Recognition of Equivalence of Security Measures, and Quality Control.

Another upcoming event to be noted is the 5th regional meeting of Directors of the ICAO Aviation Security Training Centres (ASTCs) to be held from 12 to 13 March 2019, at the ICAO EUR/NAT Regional Office in Paris, France. One of the priority topics to be discussed will be the involvement and contribution of ASTCs in the implementation of the Regional Roadmap for the trainings.

In view of the above, it is clear that States and stakeholders in the ICAO EUR/NAT Regions fully support the Regional Roadmap and work towards its implementation. For example, States have started to develop national roadmaps, launch initiatives on how to achieve a harmonized and coordinated regional system for capacity building and make proposals to enhance cooperation between States and stakeholders, etc.. The purpose of these activities is to reinforce coordination, avoid duplication, evaluate needs, and recognize the capability and capacity of contributions available from States and stakeholders in the Region and to help those ones in need. Although it is still a long way to go to achieve all priority outcomes and the aspirational targets set for the entire Region in the scope of the Roadmap, the first steps taken are in the right direction.