In a major step forward for gender equality and gender action in international air transport, ICAO and South Africa’s Civil Aviation Authority (SACAA) were joined by over 500 leaders and experts from around the world in Cape Town for the opening of the first-ever Global Aviation Gender Summit (all of the recorded presentations from the special event are shared below).

The SACAA was supported by the Government of the Republic of South Africa through its Department of Transport, and the event was jointly opened and closed by ICAO Secretary General Dr. Fang Liu, and by the Honourable Deputy Minister of Transport for South Africa, Ms. Sindisiwe Chikunga. 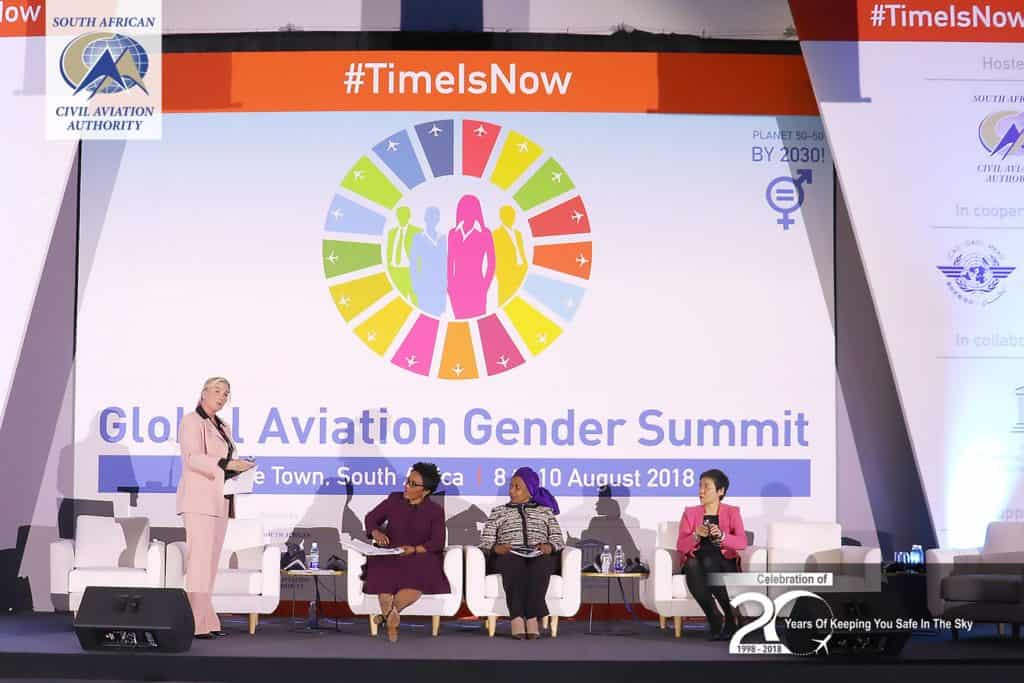 Representing Member States and the entire range of air transport sector operations, and bringing perspectives and insights from a range of civil society and United Nations agencies with strong gender equity mandates, the event’s participants heard from a series of leaders on why the #TimeIsNow for concrete actions and commitments for gender equality in global aviation. 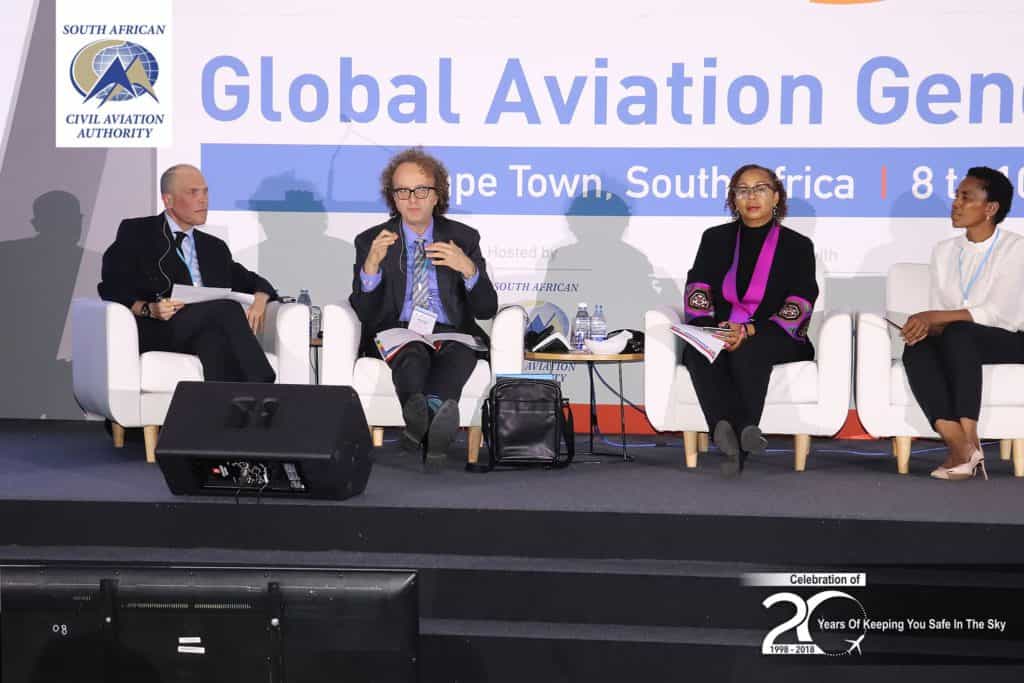 “As a woman who has spent virtually her entire career in the service of international civil aviation, this is truly an exciting moment for me,” commented Dr. Liu in her keynote opening address. “Aviation already contributes greatly to peace, prosperity and sustainable development, all over the world, but it can do even more for our society, and especially for women.”

Highlighting the vast global scope and forecast growth of worldwide air transport operations, Dr. Liu underscored that the optimal performance of the sector relies, at its core, on highly skilled, technical and managerial professionals. In order to meet its future needs, air transport “must first become a better example of gender equality in action, and address head-on why women are still underrepresented in the majority of the technical and executive positions in aviation,” she noted.

“And while the current imbalance may be a challenge to those of us already serving as professionals in this sector, it is also an important opportunity for the next generations of girls now completing their studies and entering the workforce.”

ICAO and South Africa designed the Global Aviation Gender Summit to analyze the issue through both behavioural and socio-economic lenses, with special focus on the importance of diversity, inclusiveness, and the positive impacts expected in terms of organizational effectiveness and success. 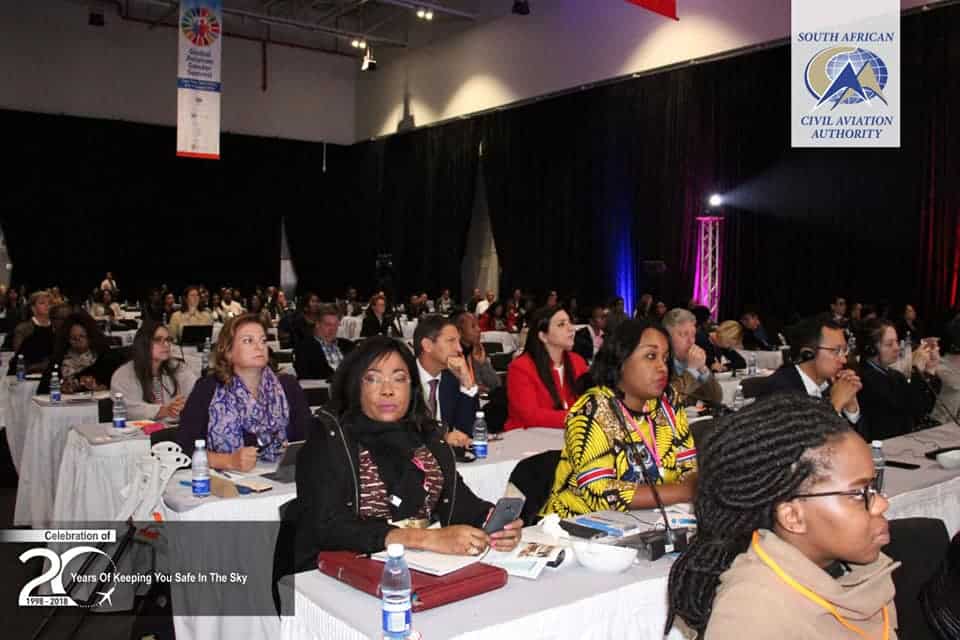 Dr. Liu commented that the participants’ work should align with and support the global efforts underway in achieving the 2030 Sustainable Development Agenda, and in particular, SDG5 on Gender, stressing as well that “we especially must not lose sight of the key role to be played in all of these efforts by reliable, disaggregated data on gender, whether for trend analysis, workforce planning, or related needs.” 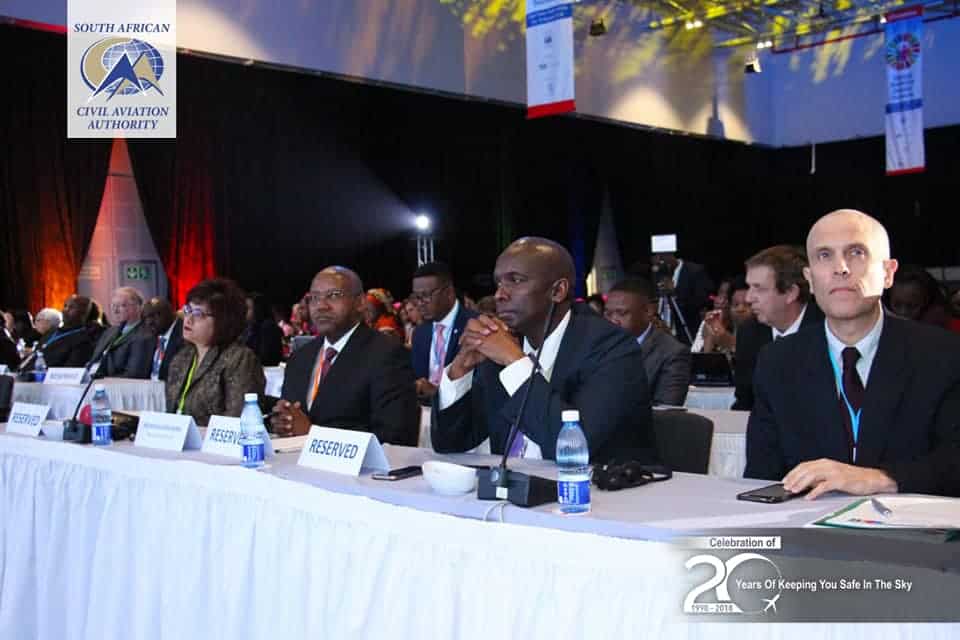 Getting the gender balance right in aviation is key to driving economic progress of nations. But how can this be done in the world where unconscious bias still plays part? That’s the question that is being addressed during the @ICAO #GAGS2018 #TimeIsNow https://t.co/zKO8MIvzJy pic.twitter.com/0JLFe2acG4

The ICAO Secretary General concluded her remarks by recognizing that it was “critical to our longer-term success that our agreed approaches advocate among both governments and the private sector,” and that in each case “the need for strong commitments and leadership, at the highest levels, must be consistently underscored.” 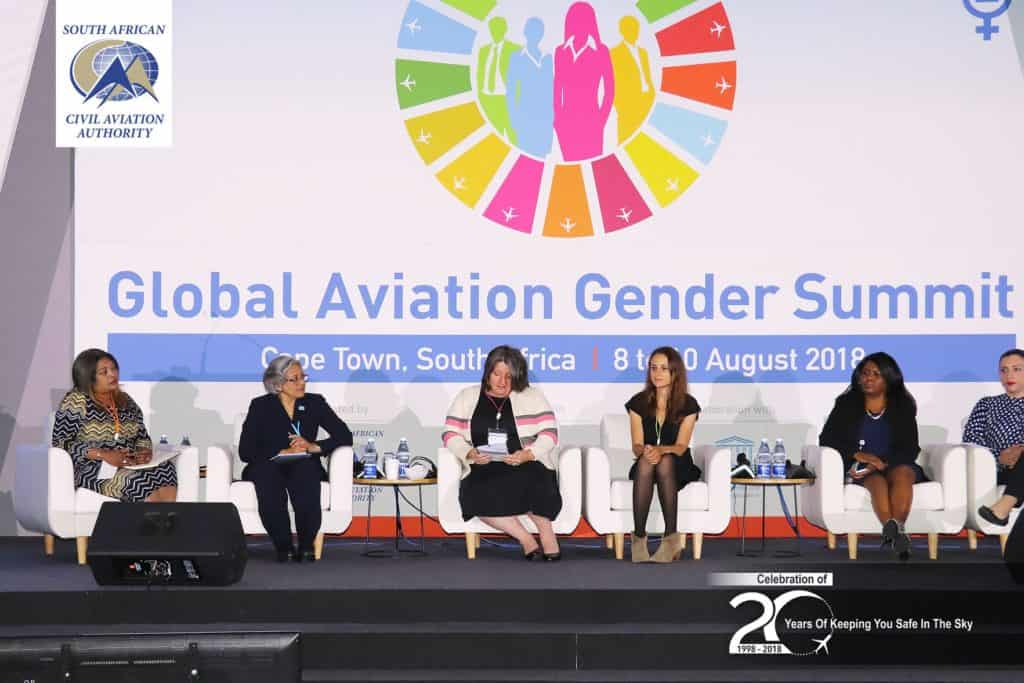 The event concluded with participants establishing a roadmap of action aimed at accelerating gender equality and the advancement of women and girls. A communiqué in this regard was subsequently issued and read out to the event by the Deputy Minister of Transport, Ms. Sindisiwe Chikunga.

During her mission to address the Summit, which took place 8 to 10 August 2018, Dr. Fang Liu, also held a bilateral meeting with the Minister of Transport of South Africa, Dr. Bonginkosi Emmanuel Nzimande, focussing on the sustainable development benefits of aviation growth to both the State and the region.

Dr. Liu underscored to the Minister how ICAO-compliant air connectivity serves as a catalyst for sustainable development and the achievement of 15 of the 17 United Nations Agenda 2030 Sustainable Development Goals.

Recognizing that the South Africa civil aviation industry is at an advanced level compared to some other African States, the Secretary General also highlighted the importance of the opportunity it has to be an aviation leader in the region, and support other African States in training and capacity building, as well as advocate advocacy gender equality in aviation. . The Minister acknowledged the relevance of Dr. Liu’s points, and expressed his thanks to ICAO for its role in encouraging and enabling the sustainable development of aviation throughout Africa.

Dr. Liu was also informed by the Minister that South Africa had now joined the Single African Air Transport Market (SAATM), and that it would seek to play a regional leadership role in fostering the growth enabled by liberalization through the enhancement of aviation training provisions.

Were you not able to get to the event? Were you there, but so moved that you want to listen in again? All of the presentations at the first Global Aviation Gender Summit (held from August 8th to 10th in Cape Town, South Africa) were recorded. We are sharing all of them with you here!

Representatives of Government and industry, including airlines, airports, manufacturers, etc, will present their views on the importance of gender equality in the aviation sector and the need to accelerate progress.

This session provides an overview of gender equality, women empowerment and gender roles and relations concepts. It will also highlight the importance of the need to not only shift peoples’ mindset, but also to challenge and modernize existing systems – for example, education, media, families, peer networks, boys or girls networks, pay structures, etc., – in order to advance gender equality in the aviation industry.

#TimeIsNow – Session 3: Gender Equality And The 2030 Agenda For Sustainable Development

This panel illustrated the centrality of gender equality to sustainable development and the successful implementation of the 2030 Agenda. The interlinkages between SDG 5 and other SDGs relevant to the aviation sector will be elaborated. The importance of gender and sex-disaggregated data in aviation, including analysis of work-related issues (such as work-life balance; compensation level; promotion trends, etc) which may arise for women in aviation in order to distil trends, the challenges of collecting accurate data, and the possible courses of action to overcome these challenges were discussed.

During day 2 of the Summit participants identified gender equality barriers and enablers through a life-cycle approach from early childhood to adulthood, looking at gender issues related to cultural stereotypes as well as educational and workplace settings. Session 4 explored the challenges and opportunities with respect to cultural stereotypes and gender equality in early childhood â€“ starting from the toys children play with and the significance of gender-sensitive parenting to the importance of traditional and social media.

Girls’ education goes beyond successfully getting girls into school. It is also about ensuring that girls learn and feel safe while in school; complete all levels of education with the skills to effectively compete in the labor market; learn the socio-emotional and life skills necessary to navigate and adapt to a changing world; make decisions about their own lives.

This session looked at barriers and lessons learned to attract and retain women and men in the aviation sector. Issues such as life/work balances, the unconscious bias against women and capacity development as it relates to gender equality will certainly be addressed. This session also explained the possible courses of action in creating an inclusive organizational culture that supports the promotion of gender equality and the empowerment of women in aviation industry.

This session provided an overview of mentoring and coaching concepts, their differences and practices. It also discussed how participating in coaching and mentoring can benefit mentor and mentee and positively impact organizations as well. The conversation also considered what constitutes an effective and successful mentoring relationship.

#TimeIsNow – Session 8: Thinking Ahead – Gender Equality and Innovation in The Aviation Industry

This session discussed the relationship between innovation and gender equality and how they both matter for the aviation industry. The Nordic Ministers for Gender Equality continue to assert that gender equality is a foundation for innovation, they advocate social responsibility and sustainability including gender equality as essential components of innovation policies as well as industrial and commercial activities. During this session participants and speakers explored how to shape gender equality as a movement and how innovative policies, attitudes and norms have/can affect gender.

This session looked at concrete steps to jointly identify the building blocks and types of smart partnerships needed to advance gender equality in STEM and aviation.

Based on outcomes from the panel discussions over the course of the Summit, participants formulated and agreed on a roadmap for accelerated action on gender equality and women empowerment in aviation. This included: